I have slacked off this summer.

It’s not easy to find time to make your kid practice his reading and writing and math skills when: a) you work all day and only have about two hours a day with him to start with (which includes making dinner and cleaning and showers and and and), and b) he hates it. Hates it. Alex does not want to practice reading. He does not want to write sentences. He does not want to do math worksheets. He doesn’t like to be wrong, and, as we all know, learning involves being wrong a lot.

So, Alex hasn’t been doing a ton of purposeful studying in preparation for first grade. Obviously he’s learning and growing and changing, because that’s all inevitable, but we haven’t sat down and practiced.

I had high hopes of having him do some workbooks, reading to me every night, writing in a summer journal… 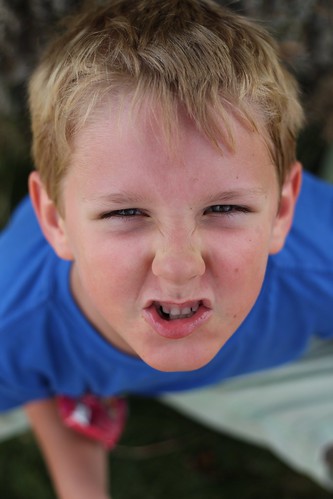 Well, none of that has happened.

Until two weeks ago, when Alex, of his own accord, decided he needed a journal. He wanted to write in a diary. I think the reality is that he was drawn to a bright blue notebook and some cool pens, but a diary sounded like an idea that would get me to agree to buy it for him.

Of course I let him get them. We have a rule that he can always get new books, so I figured this was a similar type of request. He picked up the pens and book and carried them through the rest of the store until we checked out.

So, he has a little blue diary. He has written about Kennywood, swimming, and getting a new toy. I am trying to get him to do it every night, but so far he does his Super-Grumpy-Kid-Thing every night and claims he has nothing to write about because his day was boring and nothing happened, which means I have to help him come up with something or I’m too exhausted and let him skip it. 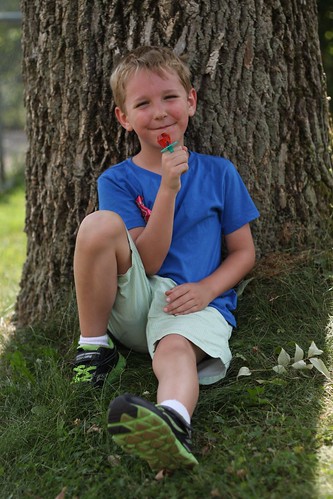 But he’s doing it most nights. He’s practicing his writing, spelling, and thinking about his day.

And the best part about all of this? As I kiss him goodnight, handing him his diary and fancy pens? He says goodnight and then he goes to sleep.

If I had known a diary would be the answer to him putting himself to sleep I would have procured some cool looking pens and a book a long time ago. He writes in it, looks through a few comic books, and then turns out the light and puts himself to bed.

The kid who never sleeps, who has never slept, who has always needed a long bed time routine and a lot of encouragement, is now (usually) easy. (Usually is key: at least once per week he does call for us after he’s been in bed for thirty minutes or so. But I’ll take it!)

Growing up is cool. 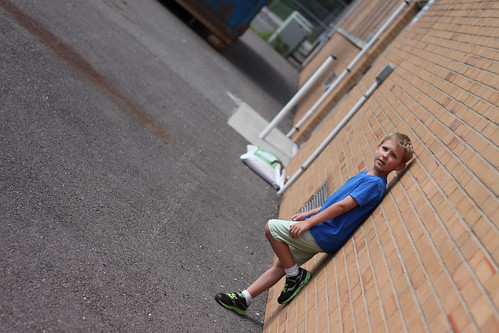 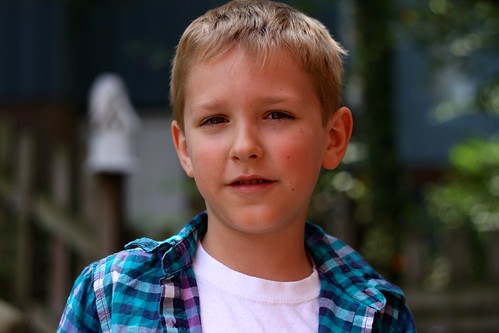 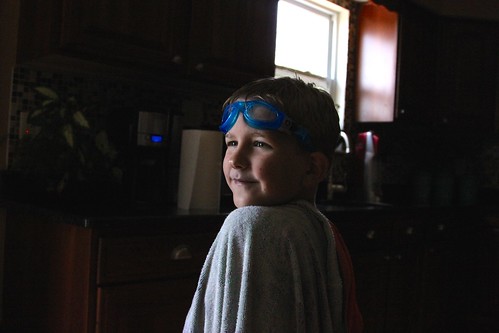 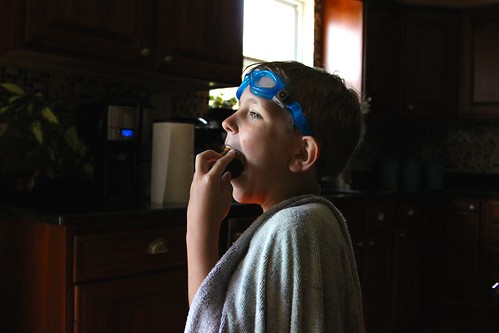 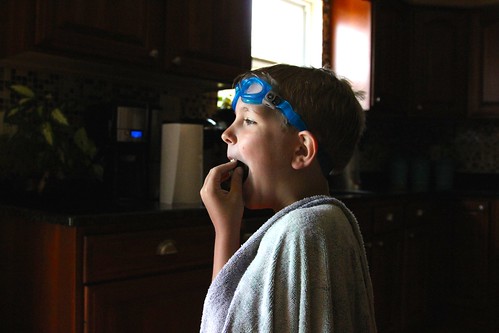 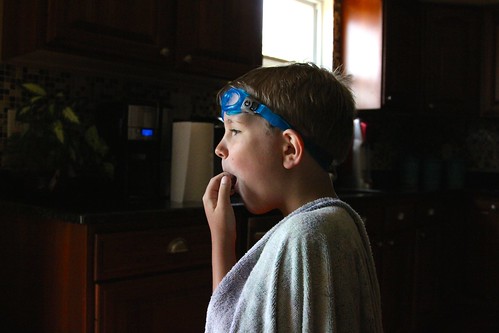 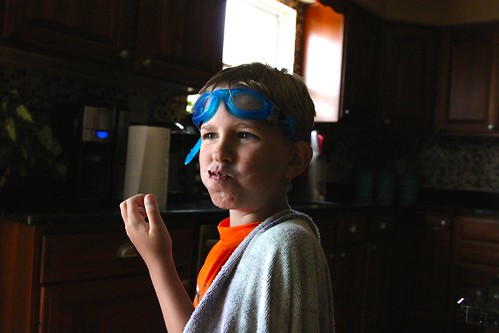 Alex is a grump. He is able to complain about anything. A day does not go by where he doesn’t have multiple complaints about what was done, what wasn’t done, who did what, who didn’t do what, and why that day was not the way he wanted it to be.

But he’s a grump.

I ask him how his day was every day. When I pick him up from school or camp, or if it’s a day at home we discuss our day around dinner time. “What was the best thing about your day?” I learned to ask because asking, “how was your day?” inevitably gets a response of, “TERRIBLE! HORRIBLE! NO GOOD!”

Maybe lots of kids respond this way, but I never cease to be surprised by the negativity: “The best thing about my day was swimming…but the day was ruined when we had to stop swimming” or “the best thing? There was no best thing. It was all terrible” or “I don’t know. I didn’t really like anything we did today.”

There is never not a complaint. Things are never just good. On a rare day, I’ll get a response of, “my day was okay. So-so,” as he gives you one thumb up and one thumb down, or puts his palm down toward the ground and rocks it back in forth in the “so-so” motion.

And lately, that grumpiness is often related to swimming. 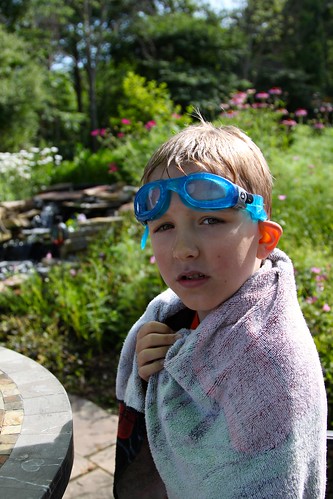 Alex loves being in the water. Last summer, we started taking him to lessons. He had only been in water maybe three or fours times prior to that, so needless to say it took quite a while for him to not be totally freaked out by the whole thing. But now, about a year after he had his first lesson? The kid wants to be swimming all.the.time.

He’s not exactly a Swimmer, either. I finally feel confident that if he is in a pool he won’t, you know, die. But I wouldn’t throw him out in the middle of a deep pool or lake and expect it to end well, either. Fortunately, he has all of the confidence in the world about his swimming abilities when he is able to stand.

And as such? No day is perfect because he didn’t get to spend the entire day in the water.

Today, Alex has a field trip with his summer camp. I asked him this morning how excited he was and his response? “It’s going to be terrible because it’s not a swimming day.”

What a little grump. 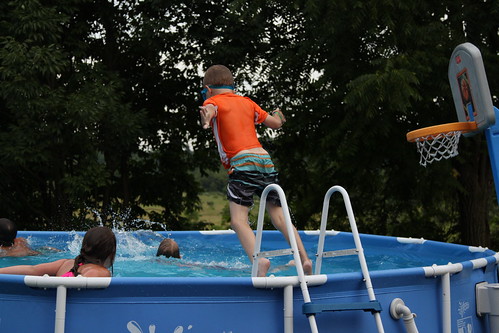 I discovered this post sitting in my drafts. It’s from a little over one year ago, and comparing it to the recent hose pictures I am completely blown away by the kid that has emerged in a year.

It’s funny how every at stage of Alex’s life, every few months, I find myself saying, “now he really looks like a kid…” and “oh, no, I mean, now he’s a kid!” I don’t imagine this will change as he continues to grow, change, learn, grow, change, learn, and grow into himself. Grow into the self that I sometimes get a glimpse of: the grown up Alex. The real big Alex.

But these old pictures? Oh man, he was such a little guy still. I mean, look at him now! He looks like he belongs in school, riding bikes, reading, running, talking back…he does all of these things, of course (except riding bikes…we’ve got to teach him that, still!), but he really looks like he does them, too.

So here is an old post that for some reason I never published. Cute, little, Alex.

He may be growing up (too fast), but he is clearly still a little kid.

He (apparently) still needs me to tell him which way his shorts go on.

A hose is all he needed. 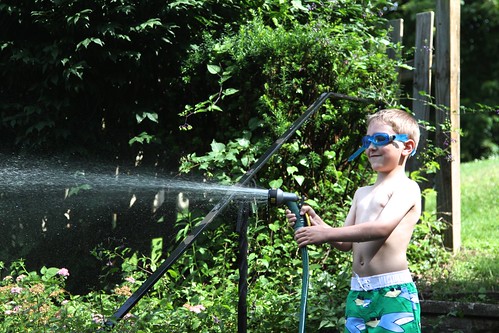 No one will be surprised to learn that by the end of this little adventure in hose play I was completely soaked.

It was worth it. 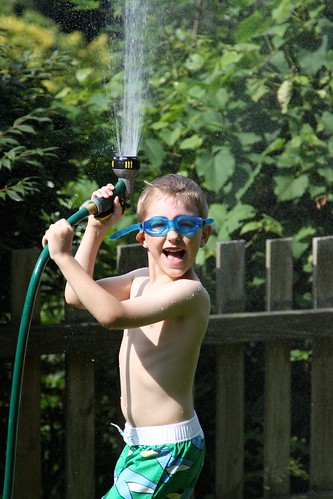