He lasted an hour this year. 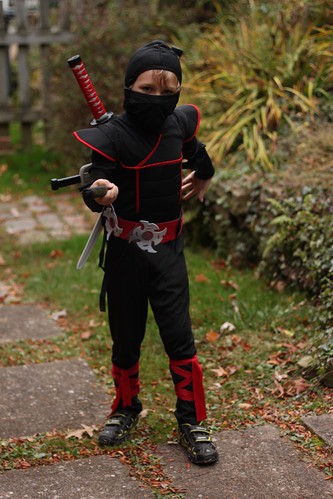 That’s at least fifteen minutes longer than last year, and every year before that I’m pretty sure we made it to only a handful of houses before he declared that he was done. 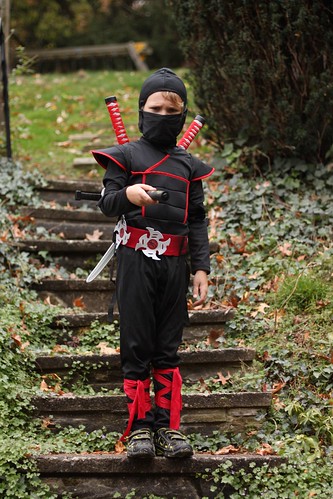 When I think back to Halloween as a child, I remember staying out for every possible minute of Trick or Trick. The second we were allowed on the streets we were out there, and not until the last light went out at the farthest stretches of the street did we run home to count our candy.

Alex doesn’t need to do that. At least not yet. For now, he’s perfectly happy to spend about an hour walking around, saying “Trick or Treat!”, running back up to the same house when he realizes he forgot to say “thank you!”… 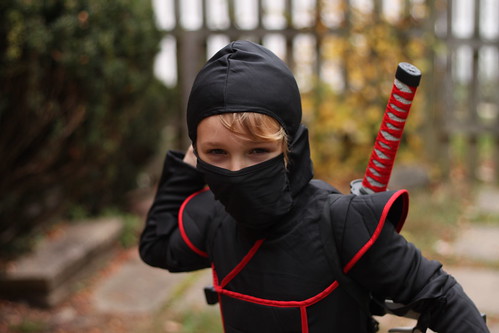