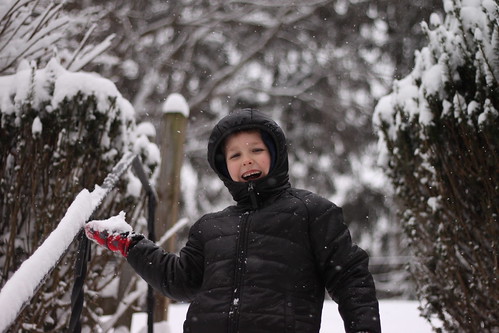 “Stop being a jerk,” I told Alex as I stood up from our position on the couch, side by side, and walked away. He was refusing to listen. He kept sighing, loudly, and squirming, purposefully stalling, during his reading homework. He wouldn’t even look at the words to read them, and instead just blurted out whatever word he felt like. He was being rude, an ongoing issue, and not doing what I told him to do the first time. He had ignored multiple requests that afternoon. He yelled at me. Twice.

Within a few minutes, he was on the other side of our long couch, curled up in a ball, under a blanket, very upset. He wasn’t crying, but he wasn’t doing anything at all other than sitting there with a frown on his face.

I wiped the counter in the kitchen. I caught up on social media for a few minutes. I felt bad.

“I’m sorry I got upset with you, buddy,” I said as I walked back in to the room where Alex was staring blankly ahead.

“It’s okay,” he said, his voice sounding so small, so young, as I sat down next to him.

“I shouldn’t have called you a jerk. That wasn’t very nice of me, and I’m sorry that I hurt your feelings.”

He moved in closer to me, then stood up enough to sit on my lap.

Bringing his knees closer to his chest, his entire body taking up the length of mine, he tucked the blanket around us. “It’s okay,” he repeated. We talked about his behavior, why I got mad, what I should have done differently, and what he really, really, needs to work on (hint: it’s listening and doing what we say the first time, and being patient with himself and others when doing chores/homework/tasks).

I won’t have many more days to have him curled up in a ball on my lap. He’s so big, so grown up, so independent. He won’t want to cuddle with me forever.

It wasn’t a proud parenting moment. It was an exhausted, frustrated with behavior, unable to deal with the not listening, blurting-out-words parenting moment. It isn’t the first time I’ve said something mean to him, lost my temper and scolded him or yelled, and it won’t be the last.

We cuddled for less than a minute before he was up again, back to whatever activity he was doing before I interrupted him to do his reading assignment.

Calling him a jerk was not good. But the moment of calm and quiet, cuddled in the corner of the couch with a blanket tucked around me by my awesome kid? That was good.

I never succeeded in Project 365. Time and time again I failed miserably after a few weeks. I didn’t want to get out my camera, find a real subject, and click away. I didn’t want to work at it every day. But the thing is: I take pictures nearly every day anyway.

So, a picture a day, on Instagram, seemed like a reasonable thing for me to try to do.

And I figure I should share some of those shots here every once in a while.

I think this is a goal I’ll be able to manage reasonably well. I have no doubt I’ll miss a few days here and there, but it will be nice to look back and have something from most days of 2015.

For as long as I can remember, weekends have stressed me out. This is particularly true of Sundays, and any friends (especially poor Zach) can attest to that fact. Fridays felt great, but by Saturday and especially by Sunday, I was a walking, talking, annoying, frustrated human being. There is so much to do I thought every second of every minute of Sunday (and even parts of Saturday). I would tell myself to stop, there isn’t that much to do, our house isn’t that dirty, and maybe you can do some laundry during the week (even though you’ll be totally wiped from work and cooking and cleaning and okay…it’ll never get done that way)?

But I’ve always had this sense that people are relaxed during the weekend. That people are able to unwind the tightly wound knot we all put ourselves into every week. Mostly, it seemed to me that weekends are designed so that you don’t stress out. That in between school or work lived these days designed to help you not worry about school or work. I mean, aren’t weekends supposed to be this magical two-day period wherein everyone takes a deep breath and sits down? (Surely, thinking that life could be relaxing while also being totally maintained is one of the reasons I got so stressed out.)

Instead of this ideal I had created in my head of drinking tea while the house is somehow put together on it’s own, weekends were a flurry of activity and of Hurry-Up-And-Get-Ready-For-The-Week. During school, I studied, did homework, and prepared for the week. When I worked, I did errands, chores, and prepared for the week. I never relaxed. I never did, well, nothing. I never took a deep breath and sat down. 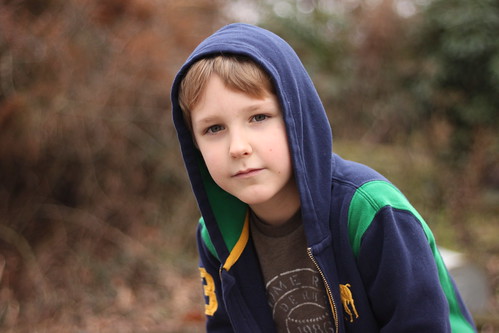 Last weekend was our last bit of vacation after a lovely break, where both Alex and Zach were off for a solid two weeks. We watched movies, celebrated holidays, and had a generally amazing time. The time was coming to a close, though, as Zach was going back to work on Monday while Alex was heading back to school. I knew that this would be the first week of my new job, my new life as a stay at home mom.

I felt anxious all day Sunday. There is so much laundry to do. Where is Alex’s lunchbox? We have no food in the house. What will I make for dinner tomorrow? Oh no, what will everyone pack for lunch? The house is a mess. The Christmas tree is still up! and on and on and on. I tried to take a deep breath and sit down.

Fortunately, it was an unseasonably warm day, so Alex helped me take a deep breath and sit down: he wanted to go on a rock hunt. 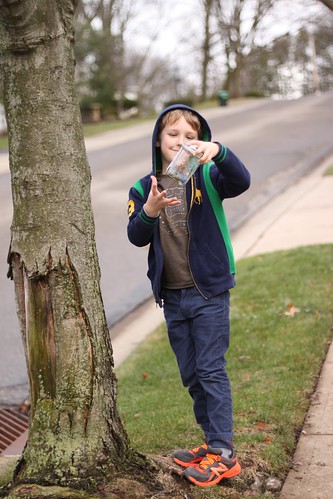 I let the thoughts leave my mind as I took a deep breath and reminded myself that my new life meant I could do laundry and grocery shop any time. We walked outside. We strolled up our street, looking for rocks on the sidewalk, slowly peering behind trees, and then strolled back down the street, making sure to check around every possible corner. We weren’t running errands, we weren’t doing chores, we weren’t doing anything that would prepare for everyone’s first week back after a long vacation. 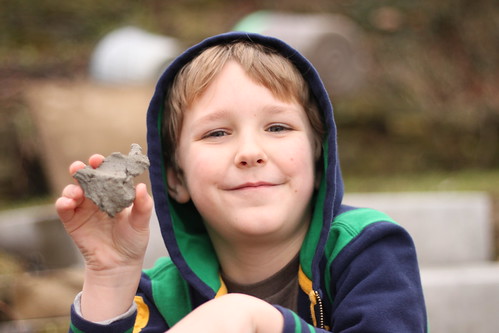 It doesn’t make sense to leave a fulfilling job in order to not send my son to after school care. It seems strange that I would make the decision to not work, to not show the world that you can be a successful mother and work (something that I strongly believe is true), to resign a perfectly good position in order to volunteer at school, be there on sick days, and to make snow angels on snow days.

But this is it. This is what we are doing.

It doesn’t feel real yet. But I know that starting next week, when Zach goes back to work and Alex goes back to school, it will sink in. This is not an extended vacation. This isn’t some amazing luck of the draw where I actually got some time off during the holidays. This is it.

Two Thousand and Fifteen is going to be an amazing year. 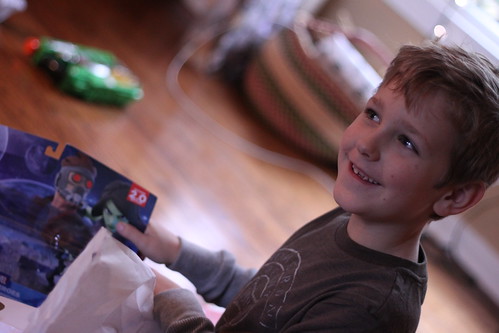