Holidays are tricky. Every family celebrates them differently. Beyond that fact that some families celebrate Passover and others celebrate Easter, and others yet do something different entirely or nothing at all, the way that they are celebrated is different. Some families go all out, with large presents, while others do no more than an easter egg hunt. For some families it’s a religious holiday, and for others it is completely secular. The emphasis of the day can be so different.

For us, Easter is about family. It’s about an Easter Egg Hunt. It’s about delicious food, stories, companionship, and, obviously, candy.

For us, for some reason that was probably not discussed ahead of time, the Easter Bunny is the one who hides the eggs for the hunt.

Similar to Christmas, though, I want the credit for the good stuff. The Easter Bunny may be awesome at putting jelly beans in plastic eggs, but I want the credit of the adorable Lego mini figure, the tiny Cars car, and the amazing little Iron Man toy, stuffed inside of the eggs. 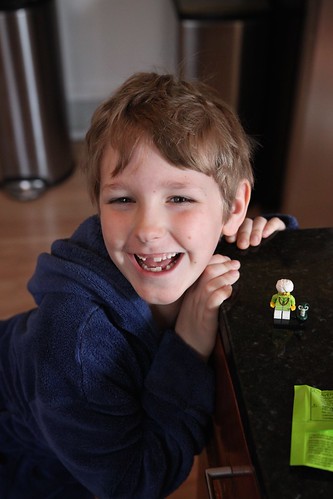 A few nights before Easter, I told Alex that maybe we could have two hunts this year. We could have the Easter Bunny Hunt, inside, in the morning, and then we could have a second hunt later in the day after everyone else arrived.

“How do you know the Easter Bunny will hide them inside?”

I mumbled something about the weather, and who knows, and that whatever the Easter Bunny did would be fine and we would still be able to do a second hunt later!

“So, you talk to the Easter Bunny, then?”

These are questions I don’t like and am not prepared to answer. I mean, what does a fictional human sized bunny look like? Does he talk? Is he as tall as Daddy? How does he get in our house? I hope he doesn’t hide the candy outside like last year because last year there were ants in some of the eggs. Where does he get the candy? Why does he give us candy? And sometimes toys? I can’t lie. But I also can’t tell the truth.

I simply told him that I was unable to answer his questions.

Fortunately, he accepted that. And we moved on. 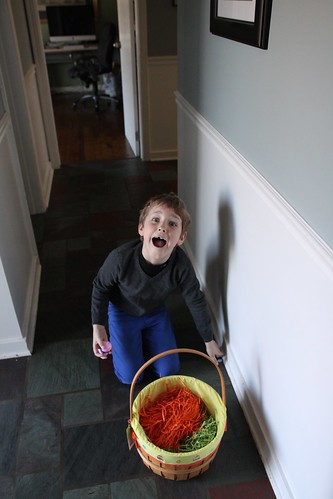 And Easter was wonderful. We did two hunts! Both indoors, at his request, with the second hunt being, “harder! The Easter Bunny barely hid them at all. I literally saw an egg when I woke up. Like, I literally woke up and there was an egg right there, mom.”

So, I hid them in actual hiding places. Instead of placing them on a couch cushion, on the TV stand, in the fruit basket, I actually hid them. Inside drawers, behind cabinets, under tables.

Today we found another egg. I wonder how many more remain. 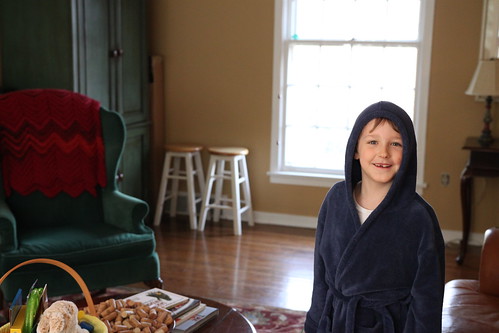