We were in Europe when class photos were taken. At the time, there was no scheduled make up day, so I was pretty sure we were just going to miss second grade photos. I was a little bummed, but I take so many pictures of Alex already that it isn’t like we would be missing proof of his second grade self.

Luckily, they did have a make up day, and Alex picked out a nice plaid shirt, wet and brushed his hair, and off he went to be cute for the camera. “Be adorable!” I told him as he got out of the car. “Ugh, mom, I’m always adorable.”

Because it was a make up day, I didn’t have the form to fill out to order pictures ahead of time, and instead had to call in my order. When I eventually got ahold of the owner/photographer, he had to warn me:

“Ma’am, we have a rule. We have this rule that we can’t touch the kids, so we can’t fix their hair.”

I cracked up. I knew his hair was long, and crazy, we’d been meaning to get a trim but he kept insisting he liked it that way. I knew we had brushed it in the morning, but that is a futile endeavor. It just ends up crazy as soon as moves his head anyway.

“I just know you’re placing an order for pictures and magnets, so I have to tell you…it’s a cute picture, you know…other than the hair.”

I laughed again. He offered to e-mail me a copy of the picture before I placed my order, but I declined. I kept my order.

Who cares if his hair is wild? I thought to myself. It will be a real representation of Second Grade Alex. 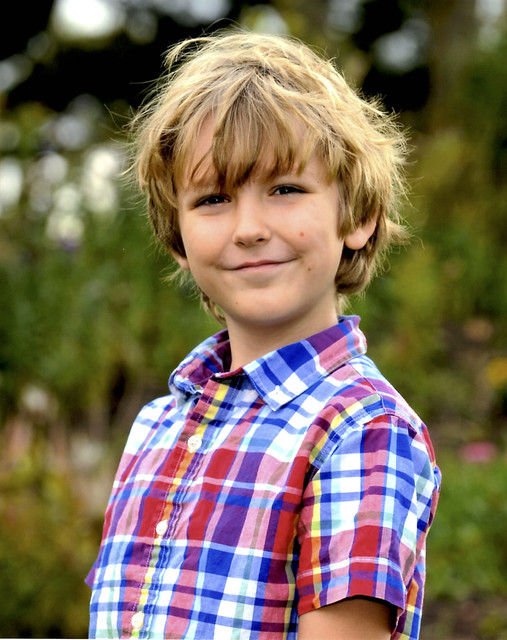